The consequences of drinking biologically contaminated water can be quick, dramatic and severe – think cholera, typhoid, hepatitis, giardia, among others. However, pathogens in water can be dealt with relatively easily with disinfectants such as chlorine, ozone and chloramine, especially in urban areas where water treatment plants exist. Then, iXi Water puts such treated water through Reverse Osmosis purification, which further reduces any risk of biological contamination.

Chemical contamination is very different. While many people don’t taste the presence of toxic chemicals in their water, the long-term effects on their health can be severe – think allergies, Alzheimer’s, arthritis, cancers, cardiovascular disease, dementia, dental problems, hypertension, Parkinson’s disease, pregnancy complications, stress and strokes, to name a few. It’s good to understand that water is known as the Universal Solvent, dissolving more substances than any other liquid. For this reason, most water sources have become chemically contaminated to some degree. This is where Reverse Osmosis comes to the rescue – it can typically remove well over 99% of pollutants.

That is why iXi Water believes that, if properly engineered, Reverse Osmosis with natural rock re-mineralisation, is overall the best method to make quality drinking water. While there are still a number of pristine natural water sources available, it would be impractical and uneconomical to transport such water to our Water Bars. Our re-mineralised prepared water is as close as you’ll get to the best natural waters.

We take extreme care to preserve our finely prepared water without spoiling it with ozone. To preserve hygiene and avoid algae growth, our tanks are specially sealed using proprietary sealing technology, which is further augmented by a range of special treatments along the flow path of our water. 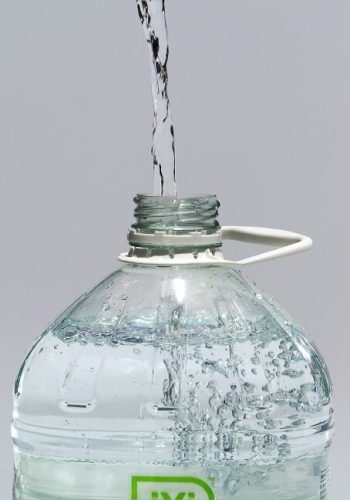